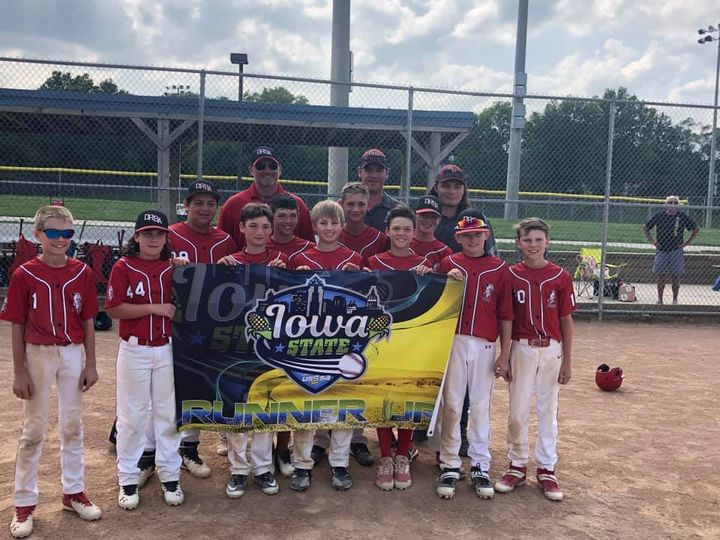 The girls aren’t the only ones who performed well at a large tournament. Our 12U boys baseball team represented DRBA well at the Iowa USSSA State Tournament II. They competed the same weekend as the girls and ended with 5 wins and 1 loss. This earned them 2nd place in the state tournament.

Hayden Harper lead the boys offensively with a .571 batting average, stacking 2 doubles, 1 triple and 5 RBI’s along the way. Jaycob Benson was King of the Hill with an ERA of 0.00 and tracked 2 wins, 1 save and 6 strikeouts on the weekend. On the defensive side, Declan Harper made a spectacular diving catch in centerfield to get the Reds out of a jam. Awesome job boys!