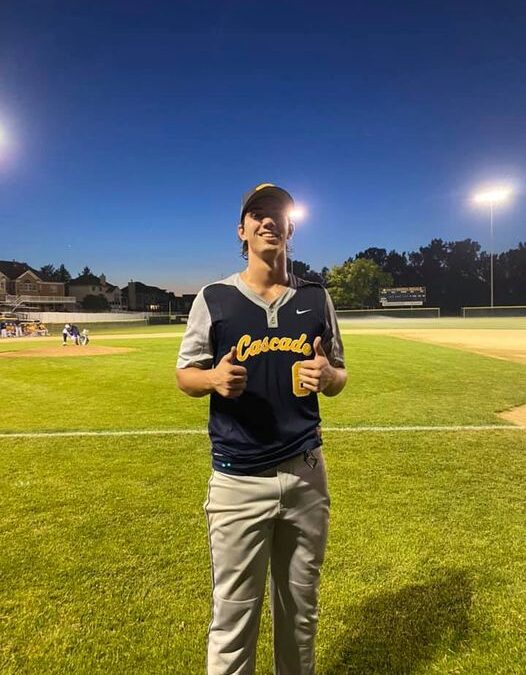 Eli Green – June 8th
‘
Congrats to Eli Green on throwing a no hitter this week. Eli has been a pivotal part of the Cascade Cougars, especially on the mound.  On June 8th, Eli threw a no hitter against Iowa City Regina. He struck out 14 batters and walked one.
Keep up the good work Eli! 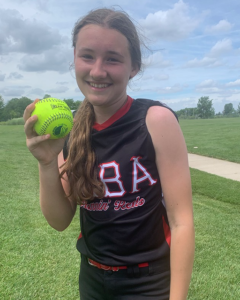 Sienna Koenig – June 5th & 6th
The bomb squad was on alert in Burlington, Iowa this past weekend!
Sienna Koenig, DRBA’s athlete of the week, blasted her first career out-of-the-park home run for the Runnin’ Reds 13u team. (Koenig nearly had another homer, but a spectacular catch, where the opponent’s centerfielder tumbled over the fence to make a catch, prevented her from collecting a second dinger.)
In addition to the blast, Sienna tallied a double, a stolen base and four RBIs over the weekend.
Congrats, Sienna! Keep up the good work!