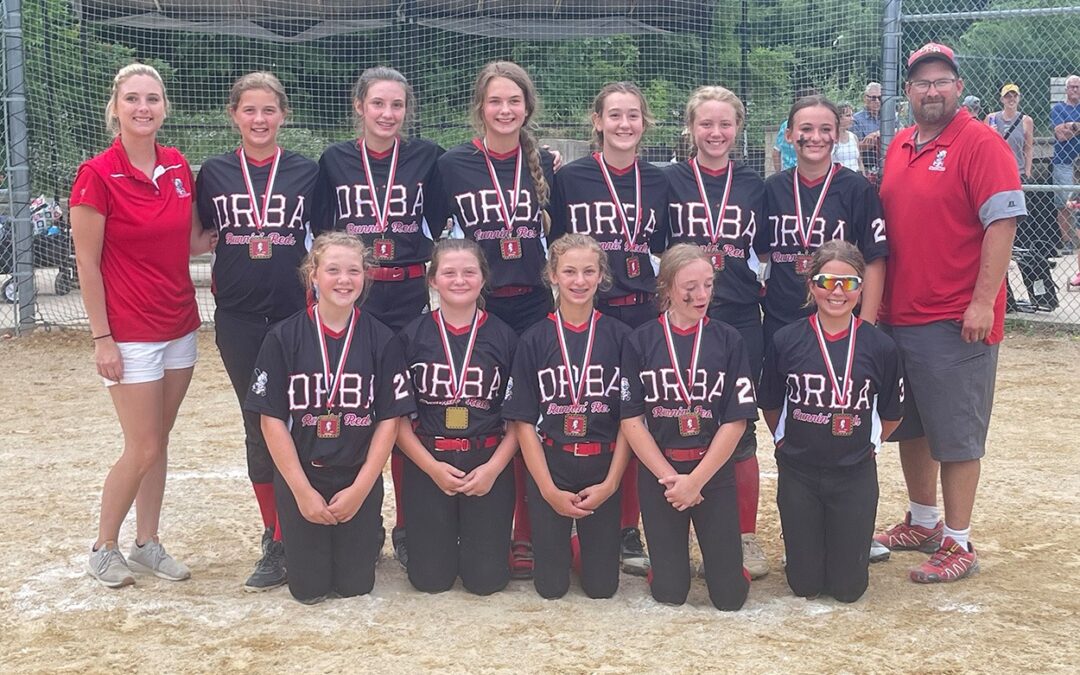 Weekend of June 26th-27th
A couple of DRBA softball teams posted strong showing at the Dubuque Sports Complex-hosted Softball Spectacular USSSA tourney last weekend. The Runnin’ Reds’ 12u team, coached by Shawn Pluemer and Kenzie Robey, took first place in the 12uB tourney. DRBA went undefeated over the tourney, including posting a 9-1 win in the championship game.
Meanwhile, DRBA 18u team, coached by Liz Reuter and Sara Richmond, took second place in the 18uOpen tourney. The Reds dropped a 6-4 decision in the title game. 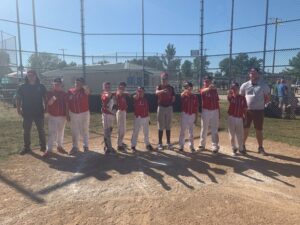 Weekend of June 12th-13th
Congratulations to the DRBA 11U baseball team, which took first place at the Triple Bagger Battle of the Bats tourney in Independence. The Reds are coached by Addison Smothers and Dylan Timmerman. 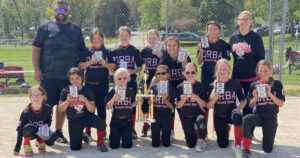 Weekend of June 5th-6th
10U Softball coached by Randy Rosa continued to stay hot! They just nearly missed out on another championship but claimed 2nd place in the Swingfest Tournament in Monticello, IA. 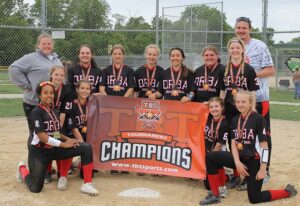 Weekend of May 29th-30th
Memorial Day weekend was a memorable one on the diamonds for the Runnin’ Reds!
In action at the DRBA-hosted Mid-Summer Classic the 11u baseball team took first place, winning the championship game with a 6-5 thriller in six innings. Meanwhile, DRBA took home runner-up honors in the 10u division.
In softball action, the DRBA 14u team, coached by Tyra Saddoris and Brad Mueller, finished 4-0 at the Triple Bagger Softball Battle of the Bats tourney in Center Point, Iowa. The Runnin’ Reds earned the tourney title with a 6-1, extra-innings victory in the championship game.

Weekend of May 22nd-23rd
It was another winning weekend for the Runnin’ Reds on the diamonds!
Congratulations to DRBA 12u – Pluemer softball team, which took first place at the USSSA Quad City May Madness tourney. DRBA completed the six-game tourney by winning 4-2 in the title game!
Meanwhile, the 12u – Smothers/Harper baseball team was the runner-up at the Ultimate Baseball Showdown in Appleton, Wis.

Weekend of  May 15th-16th
Congrats to the DRBA 10u softball team – Rosa, for taking first place in the Badger Goodman Spring Invitational, in Waterloo, WI.! It was the first team championship for the youngest Runnin’ Reds!
Also, on the softball scene, congratulations to the DRBA 13u – Bell for taking second place at the TBT Sports May Mayhem tourney on Sunday in Dike, IA, as well as DRBA 14u – Saddoris on finishing in third place at the BoSox Spring Fling in Dubuque.