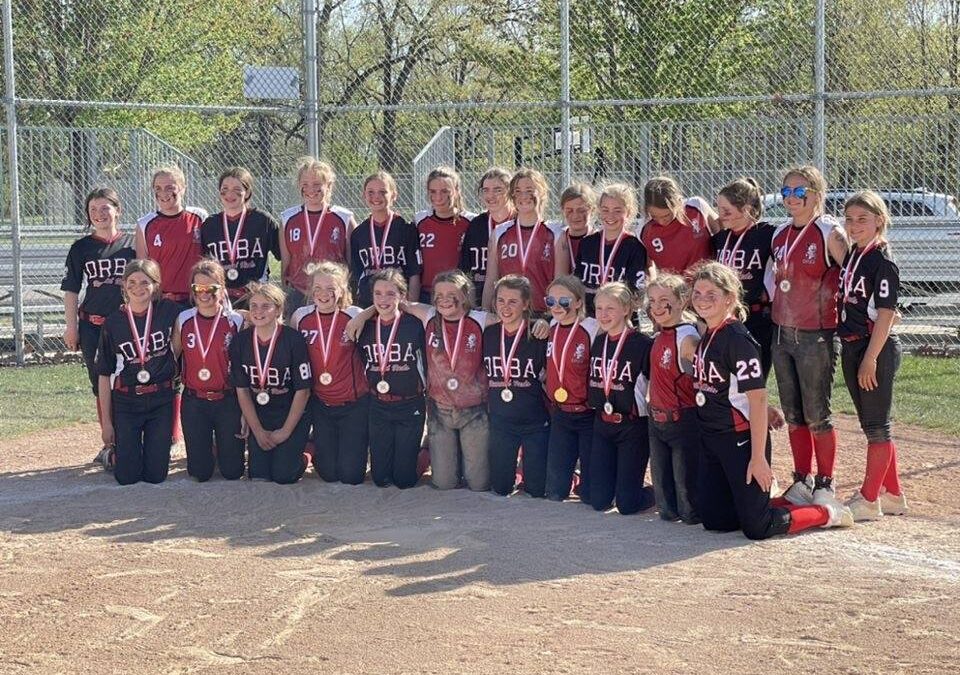 Our teams have been in full swing! We have traveled near and far bringing home some hardware, medals and most definitely grass stains and dirty uniforms! Our teams have battled good competition from all over the Midwest and even our own organization in championship games.

Back in March and April our 16U and 18U baseball teams competed in the Perfect Game Spring League. Throughout their season they played in 7 Perfect Game tournaments facing some very tough competition. 16U, coached by David Janes, ended with a record of 7 wins, 10 losses, and 1 tie. 18U, coached by Dusty Rogers, finished with a record of 11-7. You can spot most of their players playing for their respect high school varsity teams in the tristate area.

12u baseball, coached by Curran Smothers and Jeremy Harper, were the AA Silver Champions at the Eastern Iowa Shootout in the Quad Cities on May 2nd. The boys posted an impressive 10-2 win in the championship game.

It was a wild weekend for DRBA teams at the TBT Easter Bash fastpitch tournament on Saturday April, 3rd. The DRBA team, coached by Liz Reuter, rallied from a 10-run deficit in the final inning to capture a 17-16 victory in the 18u championship game! Meanwhile, the DRBA 12U team, coached by Christina Potempa, took second place in their round-robin competition, and the 16u team, led by Megan Loes, finished in third place.

Coach Pluemer’s 12U team started their season with a bang. They enter Dike, IA on April 10th for the TBT Season Opener and competed against some good teams. They battled all the way to the championship and took 1st place.

Congrats to all our teams so far and keep working hard!