Taylor is from Madrid, Iowa and graduated from Waldorf University. She has 9 years of coaching experience ranging from middle school to college level players. In Taylor’s softball career she achieved 1st team all-conference for 4 years and 1st team all-district her senior season. Taylor’s strengths include middle infield, outfield, slap hitting, and base running. As the Director of Softball, Taylor oversees the day-to-day operations for DRBA’s softball program, including planning for DRBA travel teams and softball events. 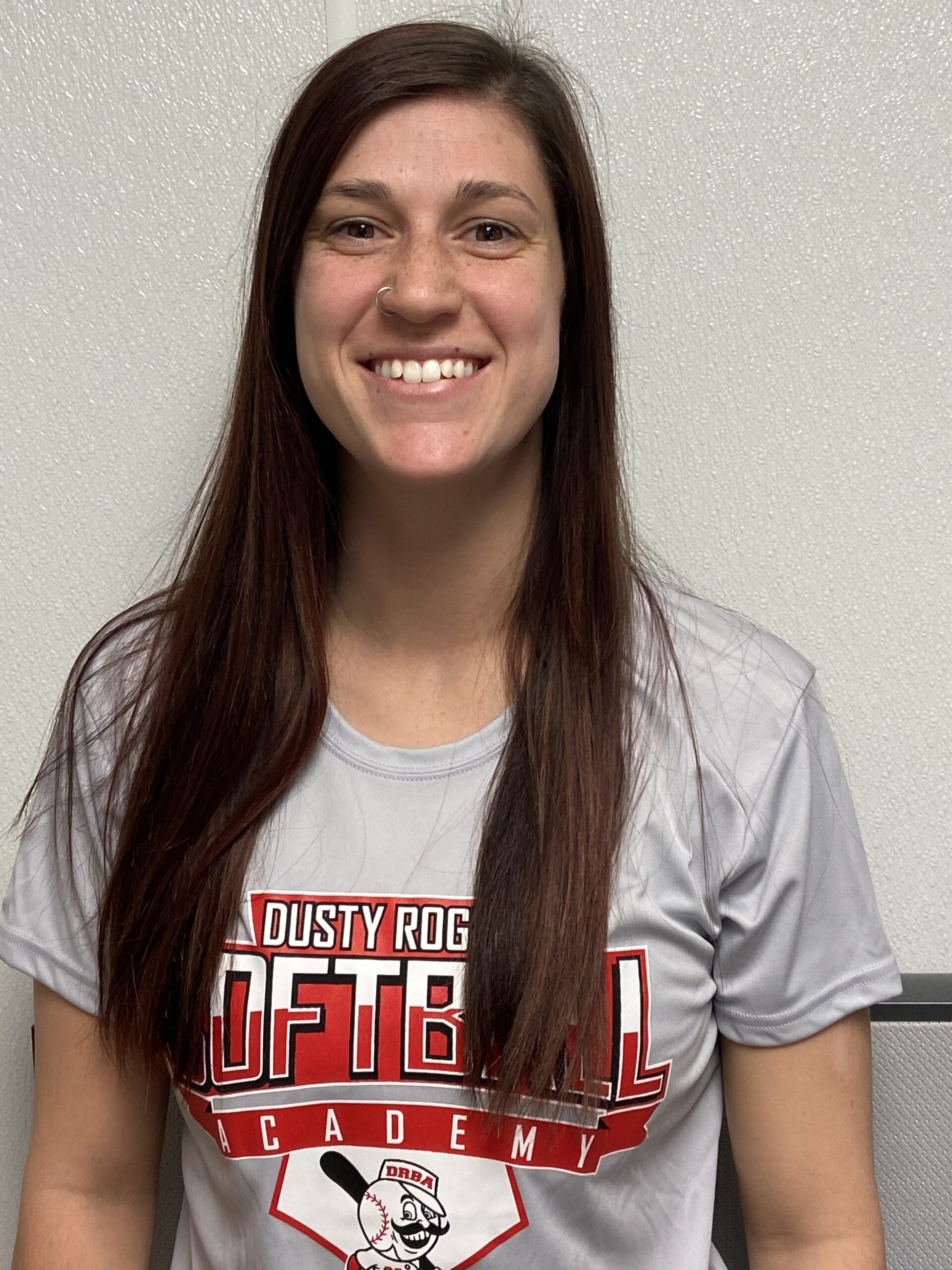 With 18 years of coaching experience, Shawn has coached at all levels of softball and baseball, having coached teams from ages 8-18. He has a state championship in baseball and has made three appearances in National softball tournaments. As the Director of Softball, Shawn oversees the day-to-day operations for DRBA’s softball program, including planning for DRBA travel teams and softball events. 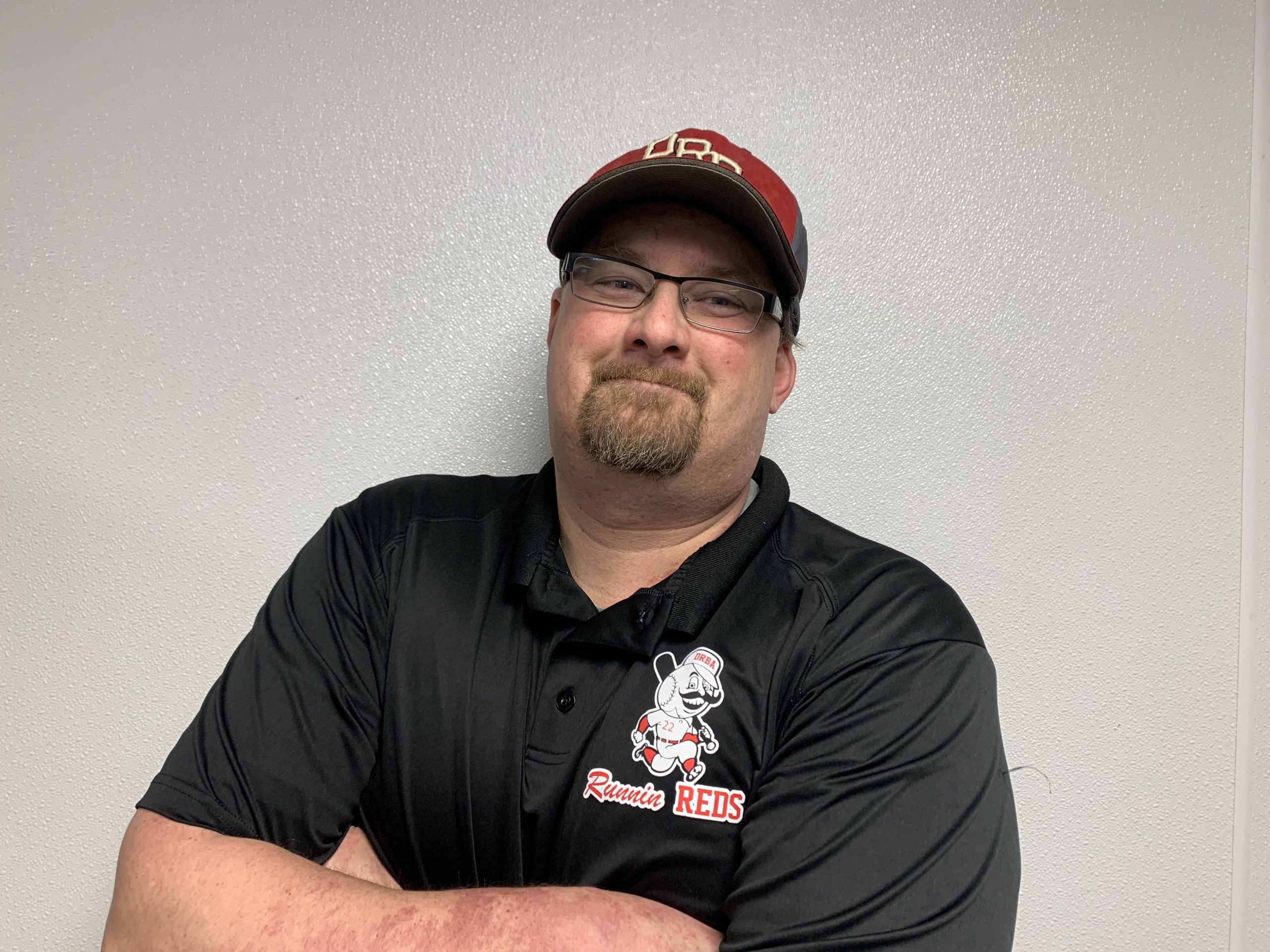 Megan is from Cascade, Iowa and is a graduate of the University of Dubuque. Megan has achieved many accolades during her playing career. Megan was high school honorable mention, all-academic team awards winner, team MVP, and a captain her junior and senior years. Megan was a three-year relief and starting pitcher at UD. During Megan’s UD tenure, she competed in IACC tournaments, was named second team all-conference her junior year, and received the Most Valuable Pitcher award. Megan pitched (4) games in IACC tournaments, won two IACC games and compiled an exceptional 1.85 ERA, giving up only three earned runs in IACC tournament play. 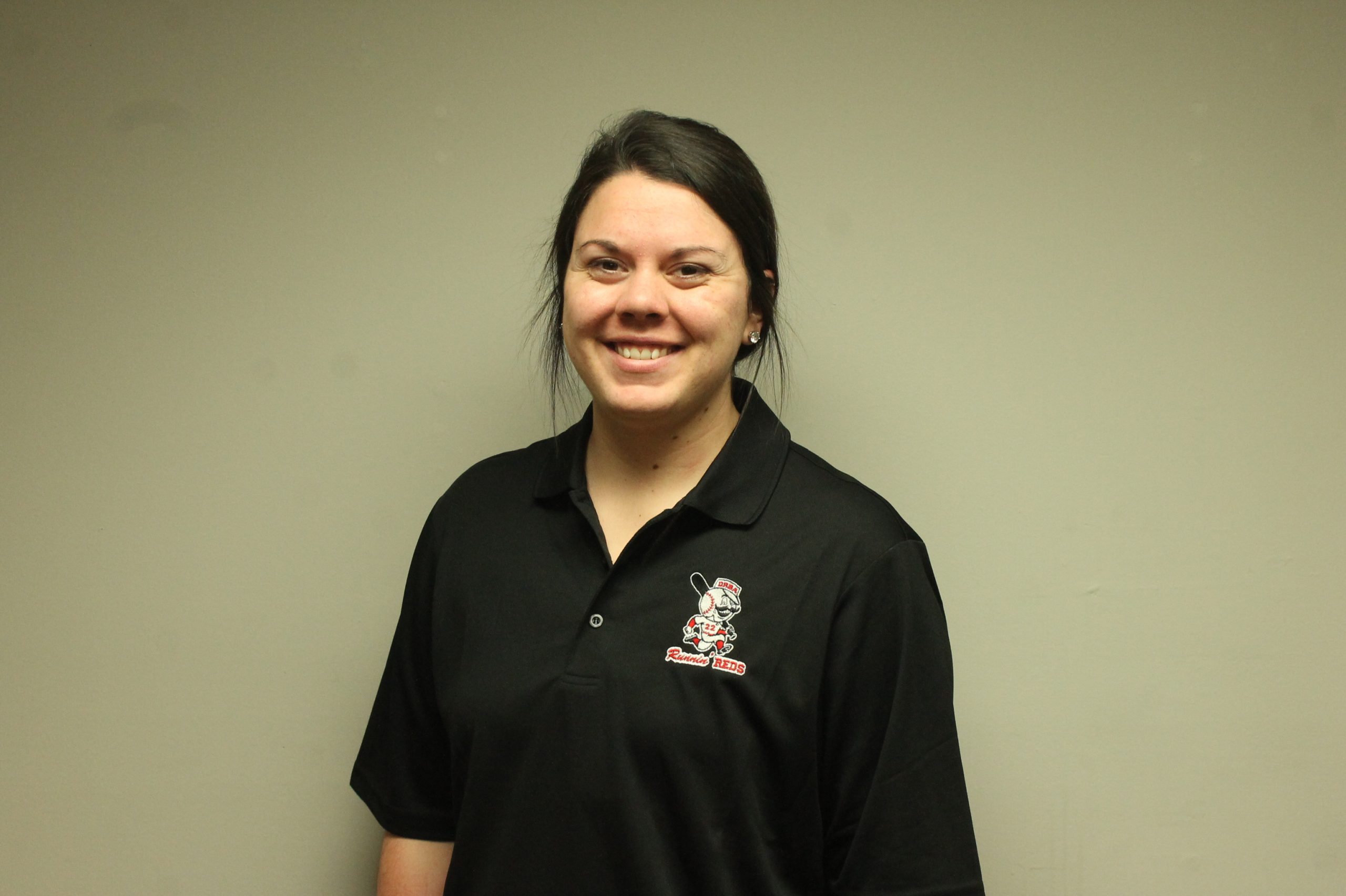 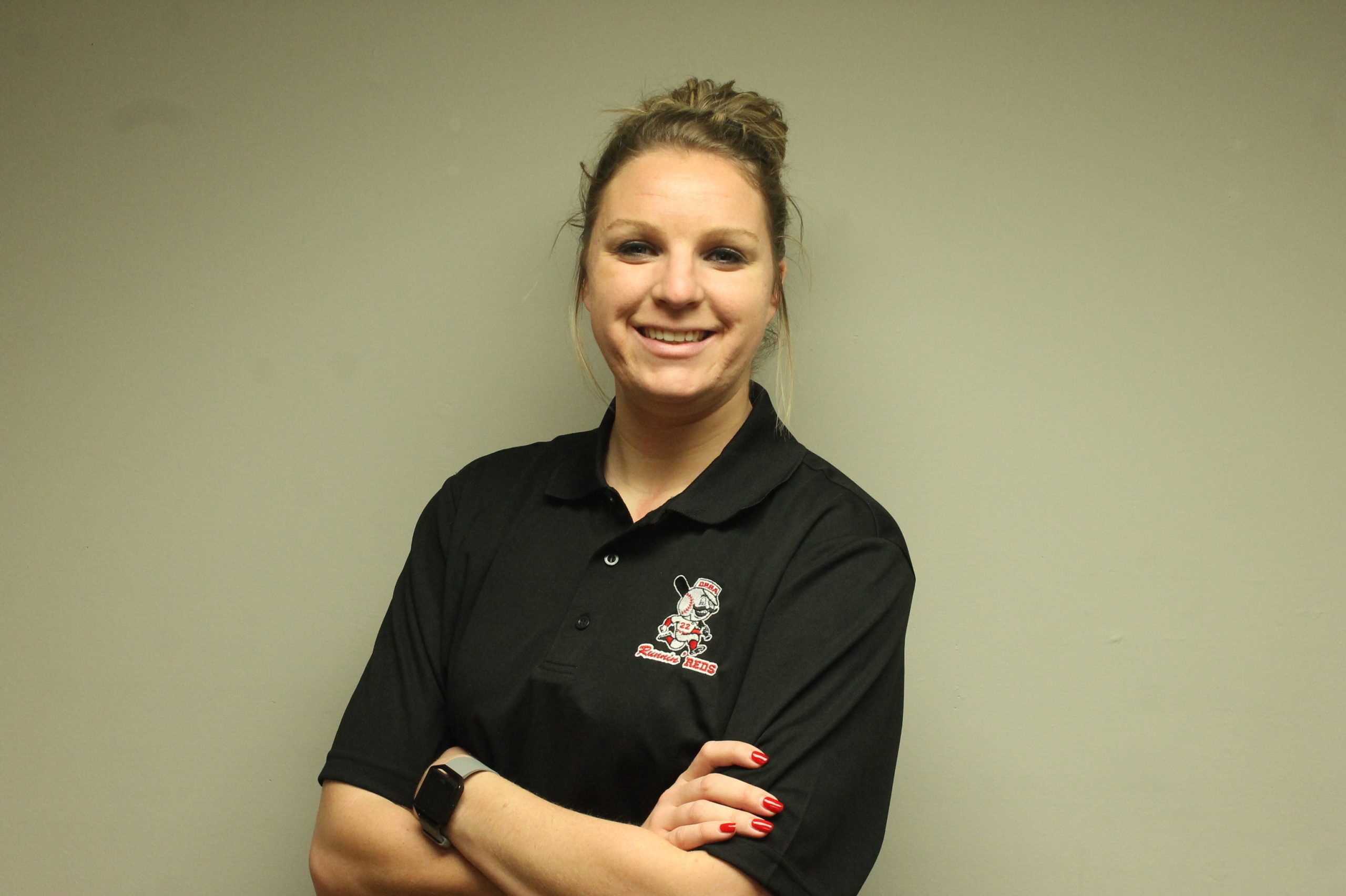 Natalie was a three year starter for Dubuque Senior High School and was a team leader and captain for the Rams. Natalie was known for her speed, good glove and quick release and played all infield positions, 2nd & 3rd base were her favorite. Several times she was tournament MVP on the winning Rams team and maintained a better than .300 batting average throughout her career. Natalie played one year for the UD Spartans, before retiring to pursue a career in teaching. As one of DRBA Instructor’s Natalie specializes in hitting, fielding and base running. 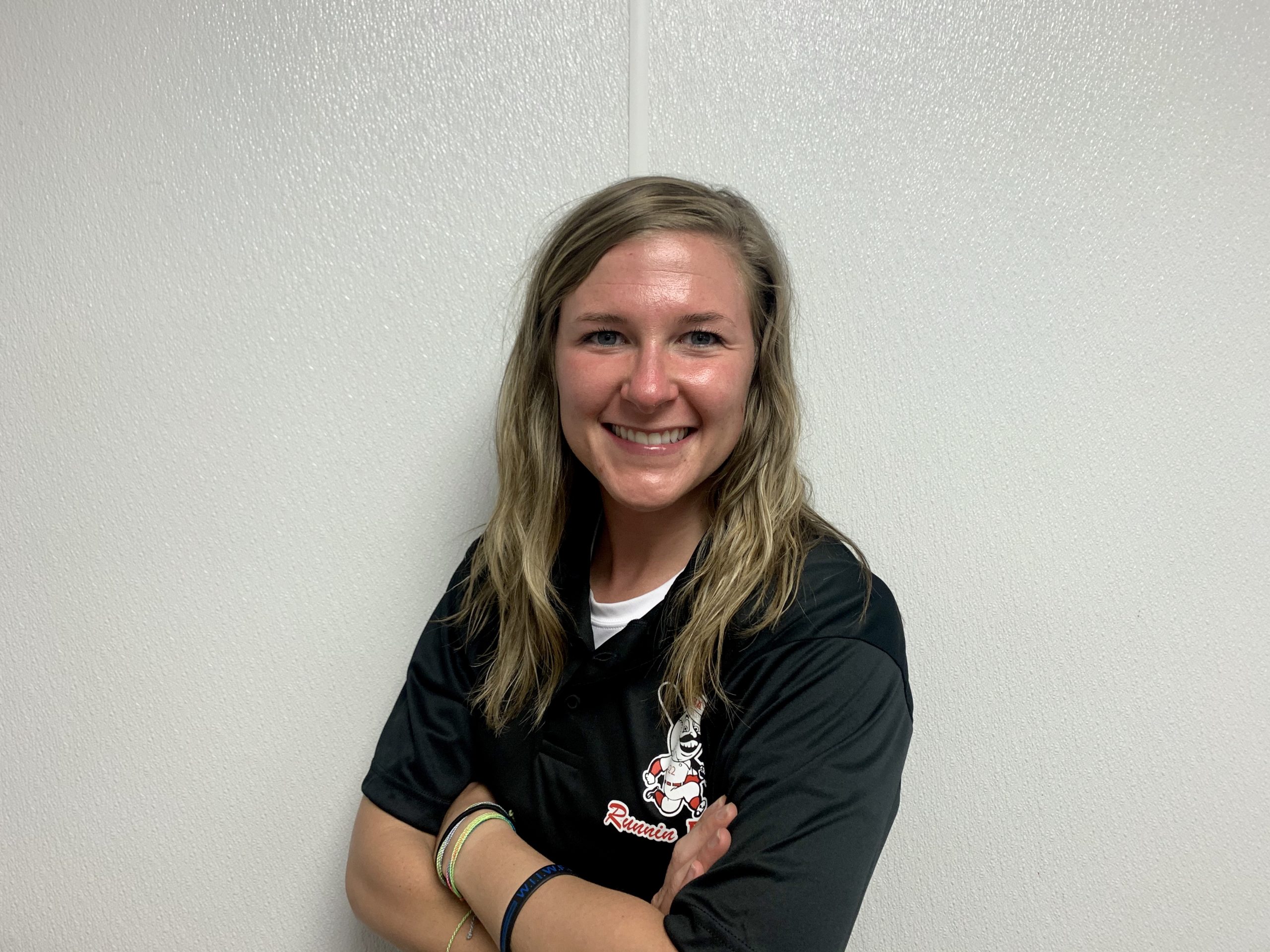 Randall Rhomberg is from Dubuque and is a Hempstead Graduate. After High School, Randall served honorably for 4yrs in the United States Marine Corps. Randall has several college degrees including a BS in IT Security and Masters in Business Administration. Randall has over 15 yrs of coaching experience and has coached all levels from 8u thru 18u, and was the founder of the Dubuque Aftershock softball program before joining the DRBA team. Also, Randy serves as DRBA Project Manager. Randy oversees DRBA/DSC projects and makes sure everything is up to par!

Tyra is from Hillsdale, Illinois and a University of Dubuque graduate. Tyra’s softball career spans the majority of her life. During which time Tyra has received many accolades. Tyra was a 1X HS first team all conference, Honorable mention Moline Dispatch All-Area team. Riverdale High Schools most valuable offensive player. Tyra is now coaching and enjoying passing down her love of the game.

Abigail Husemann is from East Dubuque, Illinois. Abigail was a 4 year starting varsity pitcher during her time at East Dubuque High School. While pitching for EDHS she received multiple awards which include being a 2 time TH 1st team all conference player, 2 time TH honorable mention, TH athlete of the week during junior season, TH athlete of the week nomine during senior season, 3 year NUIC conference first team all conference pitcher, NUIC conference player of the year senior year, as well as holding the home run record at EDHS. After graduating from EDHS in 2018 Abigail played 2 years of softball at Highland Community College in Freeport IL. After graduating with an associates degree with a specialty in early childhood education Abigail is now at Clarke University playing softball and working towards a bachelors in Elementary education. This is Abigail’s first season coaching at DRBA. 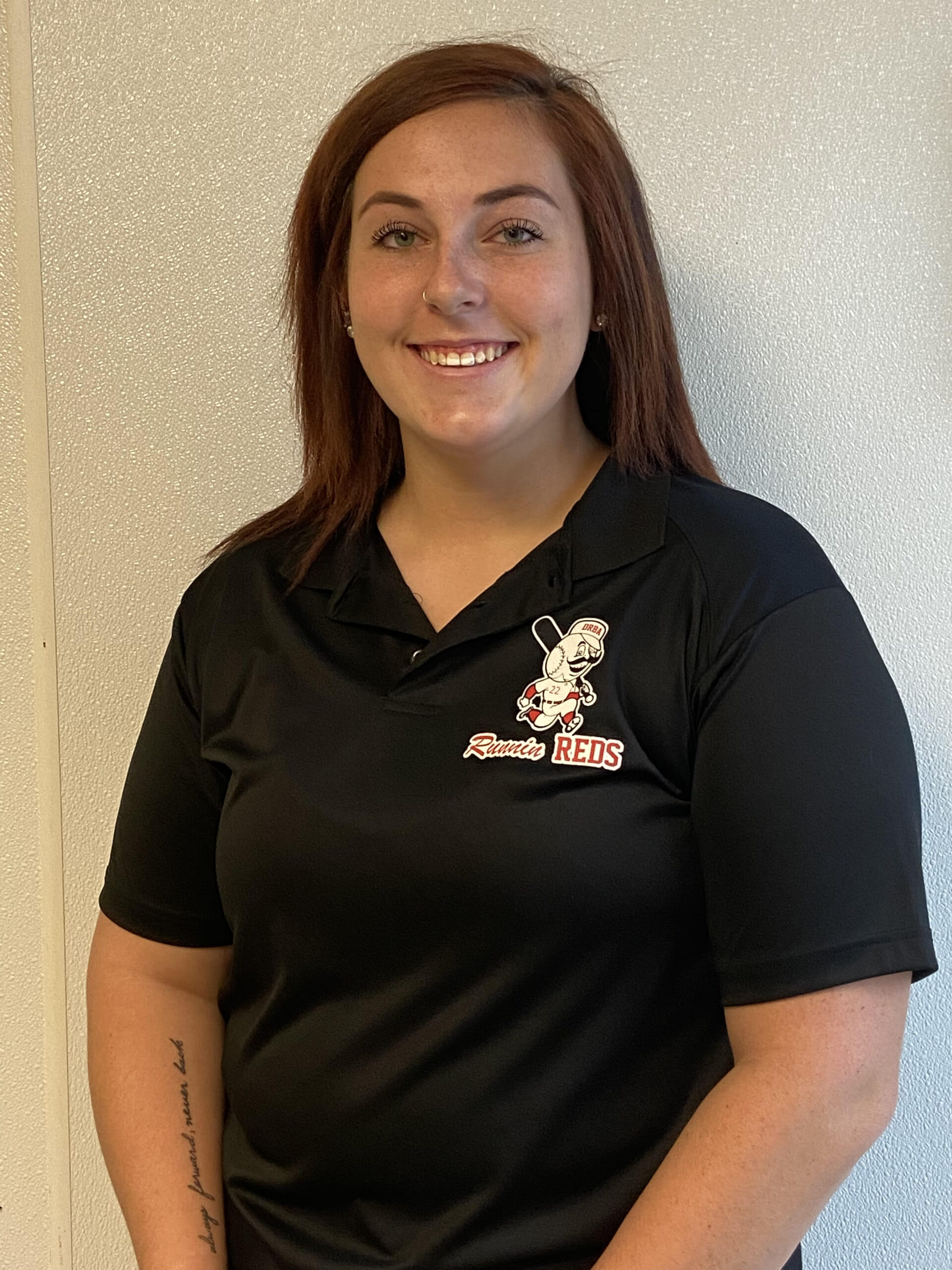 Randy was born in Connecticut and raised in Puerto Rico. He played 4 years of college baseball - at Muscatine Community College, Clarke College and Iowa Wesleyan University. Randy played for 6 years in Independent Baseball in Puerto Rico and 4 years in the United States and currently playing for a semi-pro team in Key West. He was the catching and hitting coach for Muscatine Community College for five years and three years as the assistant varsity coach in Muscatine. He also created the Muskies Baseball feeder program and served as president for three years. 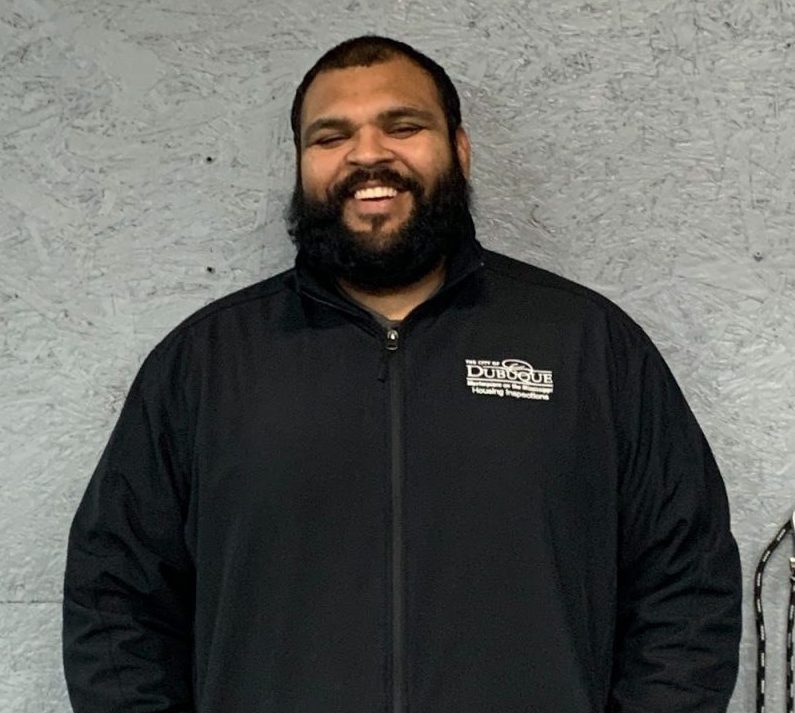 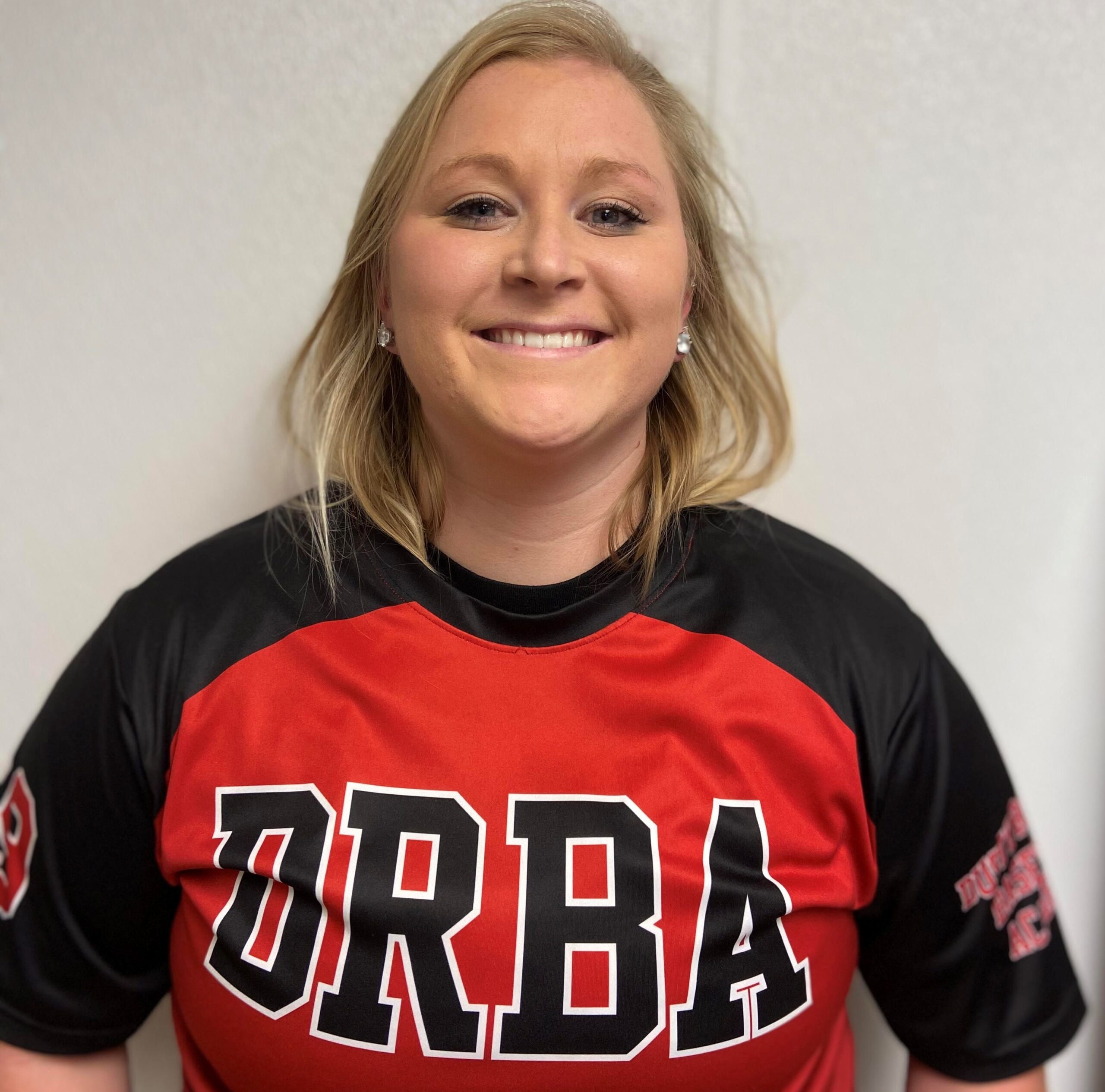 Emily is from Oak Lawn, Illinois. A 2016 graduate of Marist High School. In high school softball, 2015 Illinois State Champion, 2015 2nd team All-Area, 2015 2nd team All State, 2016 1st Team All-Area. Holds the Marist High School softball record for season ERA and career ERA. A 2020 graduate of Loras College. A member and 4 year starting pitcher for the Duhawks. In 2017 and 2018, led the team in innings pitched, strikeouts, complete games, and shutouts. Pitched over 293 innings as a Duhawk with 182 career strikeouts. Pitched in the conference tournament in 2017 and 2018.

Sam is from Rockford, Illinois and graduated from Clarke University. Sam has achieved many accolades during her playing career. Sam was a four-year varsity letter winner at Guilford High School, four-time Scholar Athlete, was given Most Improved Player as a freshman, Hustle award as a junior, and named MVP and Miss Softball her senior year. During Sam's tenure at Clarke she played outfield, shortstop, and third base. Sam was named Honorable mention All-Conference as a freshman and received MCC Academic All-Conference all four years.

Hometown: Gilberts, Illinois
College: UW- Platteville
Christina is in her first season as a coach at DRBA. She is a graduate of Hampshire High School (2013). She played for the Illinois Thunder travel team in middle school and won MVP Illinois catcher and took third in USSSA nationals 2 years in a row. The former Thunder player attend UW- Platteville where she played rugby and graduated with a BS in psychology, minor in forensics, and BSW equivalency. 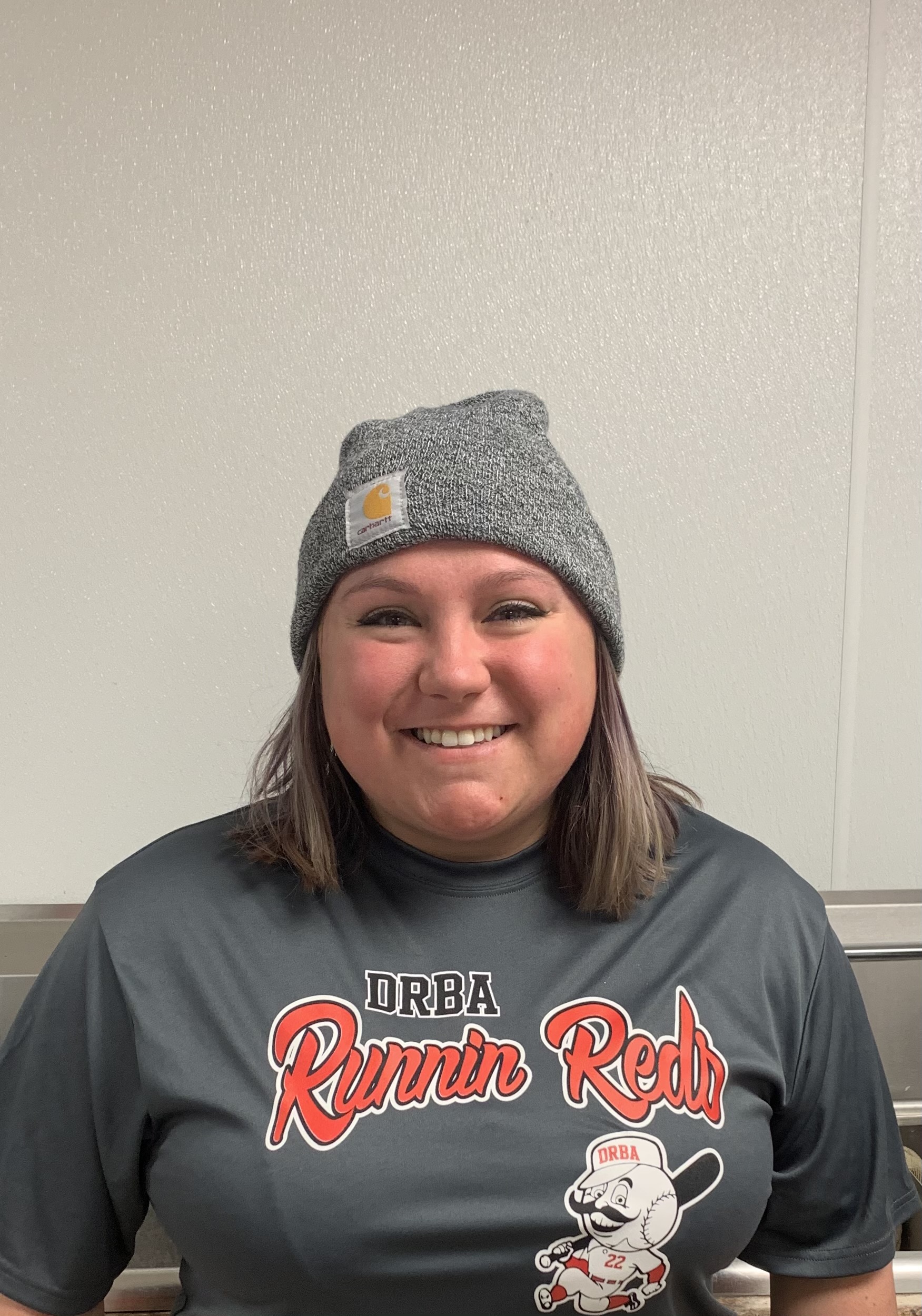 Mackenzie is from Dubuque, Iowa and went to Dubuque Senior High School. Her high school team went to state in 2013 for the first time since 1985. Mackenzie also played competitive travel ball for many different teams and has experience in both the infield and outfield. She also has 7 years of pitching under her belt. During her 4 years coaching, her goal is to see her team/players improve from where they first started. 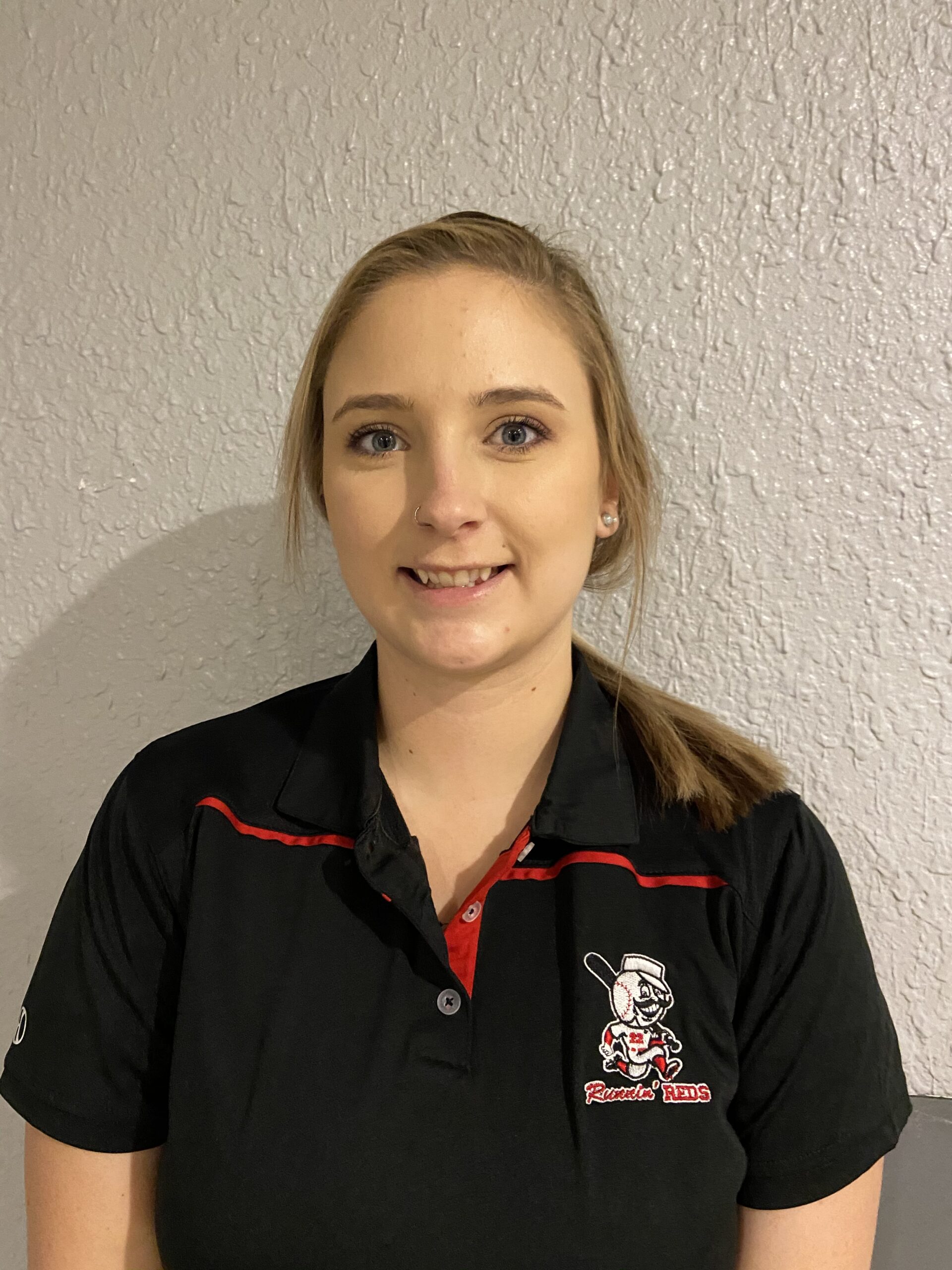 Hometown: Benton, Wisconsin
College: UW-Richland
Brad is in his second season as a coach at DRBA and his third year of coaching. He is a graduate of Benton High School (2013) where he was a three-sport athlete, including four years of baseball. The former Benton player attended Emmaus Bible College and UW-Richland for two years and finished with a degree in business.

Hometown: Dubuque Iowa
College: University of Northern Iowa
Liz has been coaching for nine years and is in her second season as coach at DRBA. She is a graduate of Dubuque Senior High School (2012) where she was a center fielder. Liz graduated from the University of Northern Iowa with a major in elementary education and a minor in special education strat 1 & strat 2. Her first year of coaching her team went to the state tournament.

Sara has played softball since the age of 5, and her love for the game has now been passed onto her children. She played travel ball as a child, high school varsity, and played at the collegiate level at UW-Platteville. Sara has been involved in coaching numerous sports teams: track, basketball, softball, volleyball alongside her teaching career. She takes great pride in being an educator and a coach. 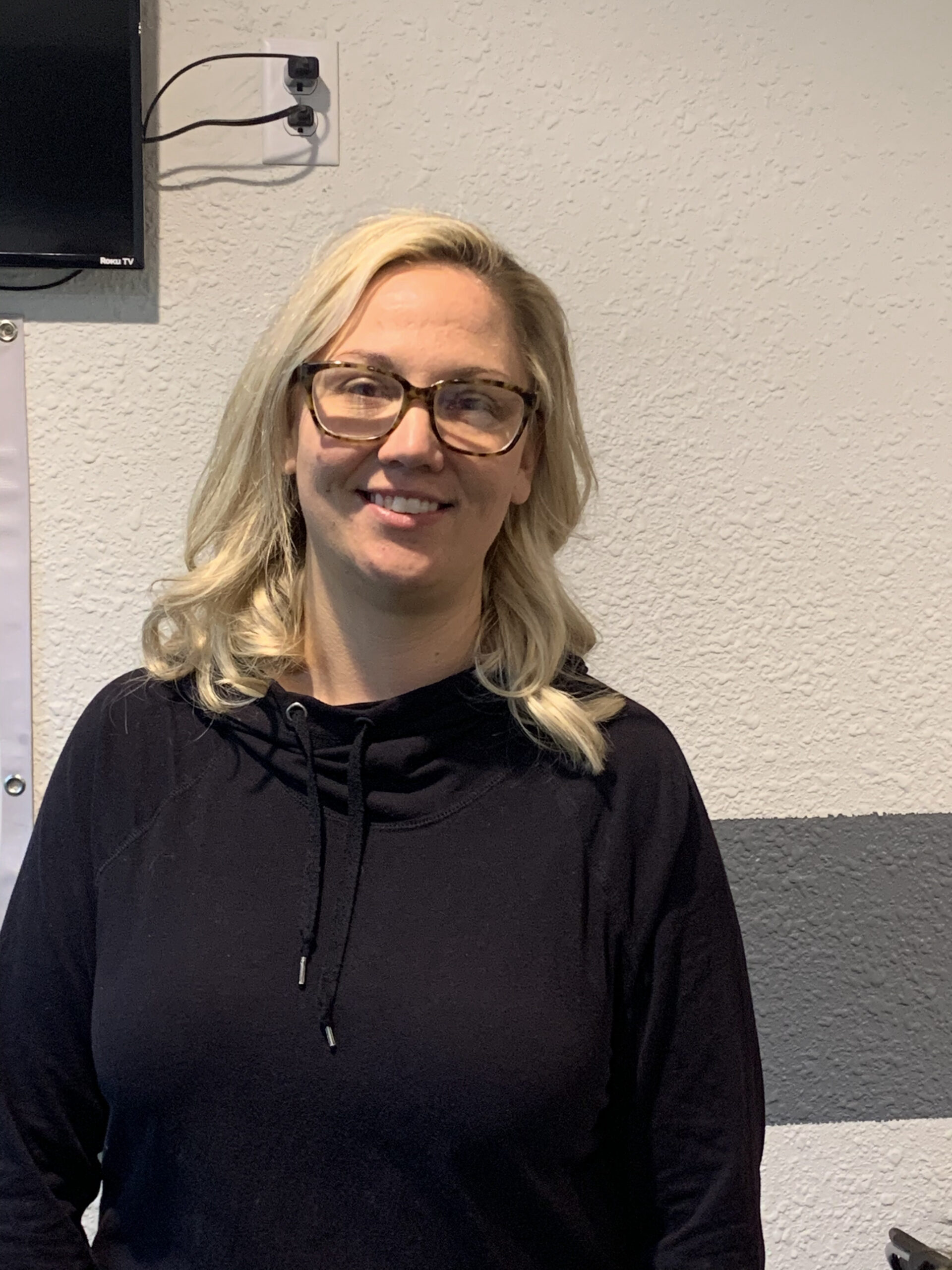 Hometown: New Vienna, Iowa
College: Muscatine Junior College
Ken is in his second year as a coach at DRBA, and he has been coaching for 22 years and counting. He coached his daughters’ teams from 6 years old all the way up through high school. Ken also coached a semi pro baseball team. He is a graduate of Beckman High School where he played baseball and won the high school state baseball tournament in 1986. The former Beckman player attended Muscatine for 2 years.

Kathy grew up on a farm near Worthington, Iowa. She is currently an assistant coach for 16u softball at DRBA. Over the past 10 years, she has coached, or assistant coached for Sherrill, IA softball and baseball from ages 7–14 years old and Dubuque Aftershock softball 12 and 14u. Her education over the years includes Beckman High School- 1997, Kirkwood Community College with an Associate in Science in 2000, Northeast Iowa Community College with an Associate Degree Nursing in 2002. Chamberlain college of nursing with Bachelor of Science in Nursing in 2017. Kathy played many different positions in softball from about age 7 to about 16 for Worthington. Her favorite position to play was catcher. She once had a triple play while playing in a tournament! Kathy is Currently working as a Nurse Case Manager at Finley hospital. 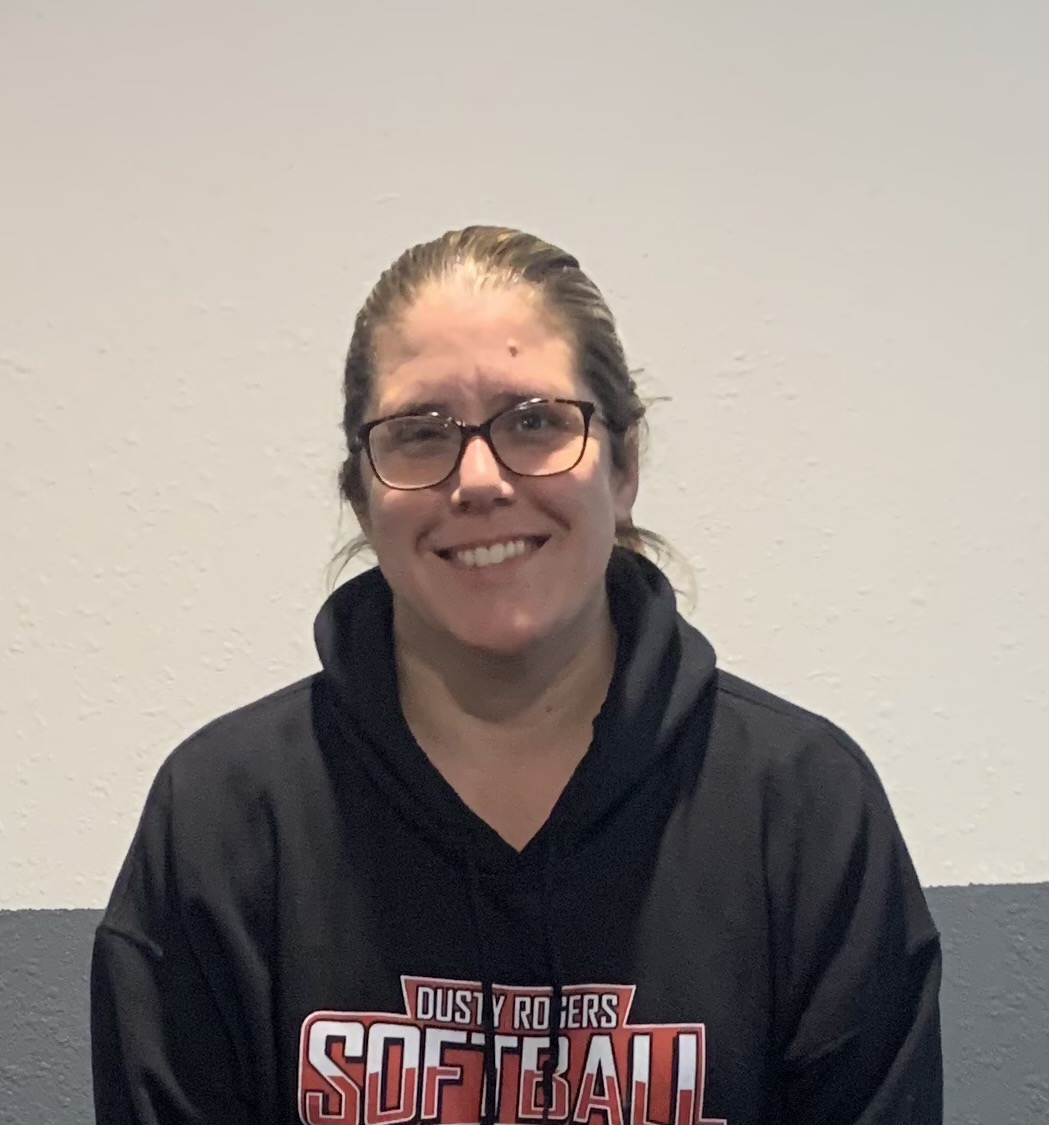 Josh Jorgenson, a Dubuque native, has been active in the youth softball scene since 2013. From 2016-2020, he was involved with the Dubuque Aftershock softball team, first serving as an assistant coach and treasurer, before ultimately leading the organization and serving as head coach. Josh got his start coaching in 2013, as a volunteer coach for the Dubuque Girls Independent League softball league. He later became a board member, and currently serves as the vice president for the local recreational league. Josh joined the DRBA team in 2019 as a marketing coordinator, before taking on a coaching role with the organization in 2020. He is currently an assistant with the 13u softball team. 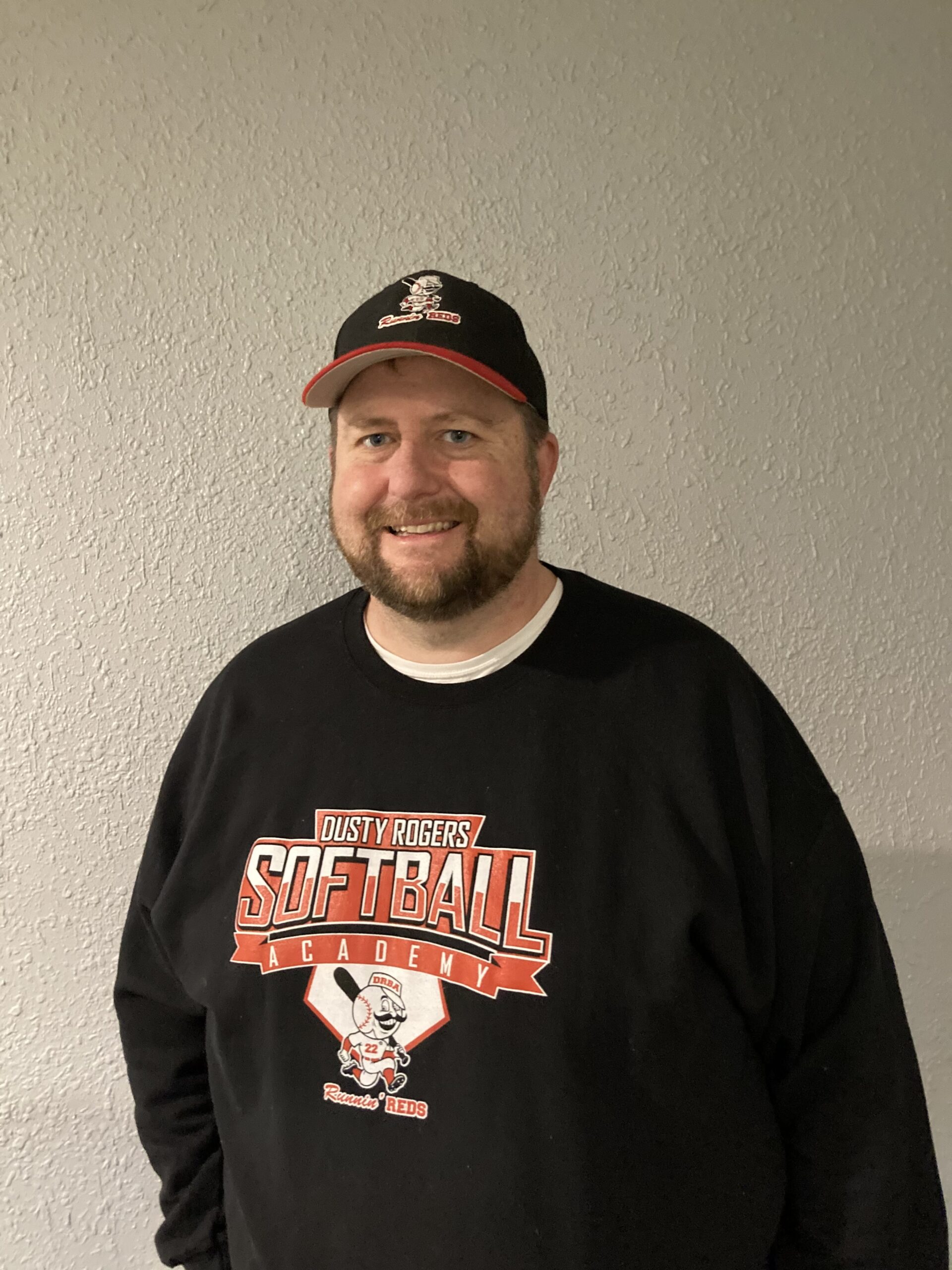 Hometown: Savanna Illinois
College: Northern Illinois University
Sara has been a softball coach for seven years and counting. She is in her second season as a coach at DRBA. Sara has coached teams from 8u through 18u. She is a graduate of Savanna High School (1993). Sara graduated from Northern Illinois University in 1998 with a major in elementary education and a minor in psychology. Not only is Sara a coach, but she is a mother of four and K-2 title-1 reading teacher at River Ridge elementary school.

Hometown: Chicago Illinois
College: Loras College
Madison is in her first season as a coach at DRBA. She is a graduate of Marist High School (2017). She attended Loras College where she was a Center Fielder and graduated with a bachelors of arts, and majors of neuroscience, and psychology.

Check it out! Over the last two years, the DRBA indoor facility has experienced some major improvements. New paint, reorganization of the equipment, new turf, and now new netting, the building is day and night from when we took over! DRBA now has nine batting cages, a weight room, and a fun and inviting lobby. 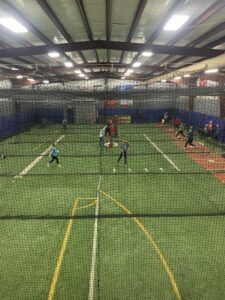